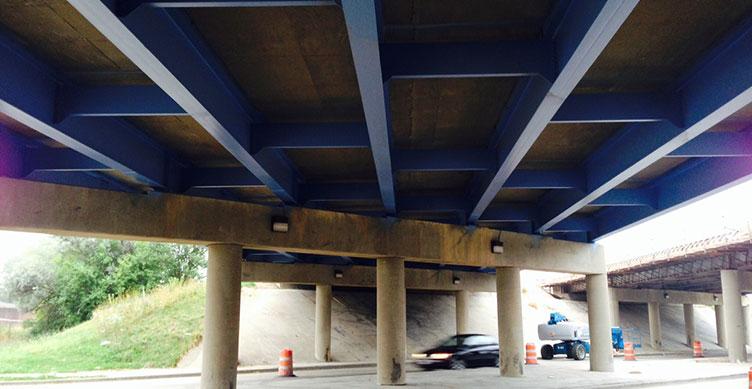 Surface preparation and protective coatings for the Highway 145 bridges in Milwaukee, Wisconsin

This project involved the abrasive blasting and recoating of six bridges along a stretch of Wisconsin State Highway 145. In addition to blasting and coating, we were also in charge of lead remediation for all of the bridges.

Over a span of two and half months, crews worked alongside the structural engineers of Zenith Tech, who were in charge of road resurfacing and updating the bridges’ concrete decks, to beautify this stretch of Wisconsin highway.

Following the completion of this job, the Badger State will have reduced hazardous lead and more protected against dangerous corrosion.